When you head out on a Disney cruise, there are always a plethora of entertainment options. With everything from live theater to movies and themes nights, there are plenty of options for even the pickiest travelers. The shows are either Disney-themed theatrical productions (read musicals) or variety acts, including comedians, magicians, or ventriloquists.

There are a few types of live shows to view on the different ships and it’s best to know which type of show fits your preference. There are retelling shows such as Disney’s Aladdin: A Musical Spectacular or jukebox musicals like Disney Wishes. If movies are more your style, check out the Buena Vista Theatre on each Disney ship that shows recent Disney movies.

Disney’s Alladin: A Musical Spectacular, on the Fantasy, is an example of the retelling genre. The cruise version features live actors and multiple Arabian-themed sets reprising key scenes from the animated film, including the most popular songs, in about half the time of the original movie. The Magic’s Twice Charmed: A Twist on the Original Cinderella Story, is probably the best show in this category; the Fantasy‘s Aladdin is a distant second; the Wonder‘s Toy Story: The Musical is third.

Examples of jukebox musicals include Disney Dreams, Disney Wishes, Disney’s Believe, The Golden Mickeys, and Villains Tonight!  Each features songs and characters from the original story. We are generally not fans of these shows, especially Villains Tonight!

In the Unofficial Guide to the Disney Cruise Line authors Len Testa, Erin Foster and Laurel Stewart give a complete review for each show.

About the book: The Unofficial Guide to the Disney Cruise Line 2015 is your no-nonsense, consumer-oriented guide to Disney’s cruise vacations. We’ll point out the best of Disney’s ships and itineraries, including a couple of stellar restaurants, top-notch children’s activities, and Castaway Cay, one of the best vacation islands in the Caribbean. We’ll also tell you which on-board entertainment and restaurants should be skipped, including what to do instead. Along the way we’ll show you how to save money, choose the right stateroom, ship, and itinerary, and how to get to and from your cruise with ease.

New for the 2015 edition, we’ll give you the run-down on the most popular shore excursion, including comments from travelers about their experiences. If you want to save money and take excursions of your own, we’ll provide detailed itineraries including new maps to help you explore the best that each port has to offer. 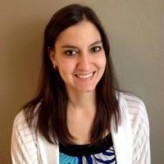 Las Vegas Celebrity Chefs
Where to Stay in D.C.