Universal Orlando made headlines as Central Florida’s first major resort to reopen during the COVID-19 pandemic, and now Universal has premiered the theme park industry’s first new post-quarantine attraction, as The Bourne Stuntacular has begun “technical rehearsal” previews at Universal Studios Florida. Does Matt Damon’s amnesiac super-spy have what it takes to top the Terminator? Read our first-look review based on this week’s soft-opening performances and find out!

Universal’s brand has been associated with thrilling stunt shows from the very beginning, going back to the Wild Wild Wild West Stunt Show (originally performed in the arena that is currently home to Fear Factor Live) and the Dynamite Nights Stunt Spectacular (formerly staged on the Studios’ lagoon). However, Universal Orlando has been bereft of a large-scale stunt show ever since Terminator 2: 3D and The 8th Voyage of Sinbad shuttered in 2017 and 2018, respectively.

Despite an expansive set (which currently serves as a mask-free break area) and some impressive effects, Sinbad’s script relegated it to the “so bad it’s good category,” but T2:3D was a genuine game-changer for themed entertainment: When it debuted, we called it “the absolute best theme-park attraction in the United States,” which is high praise indeed! So Jason Bourne, star of the new show that has taken over the Terminator’s former venue on USF’s Hollywood Boulevard, has some pretty big shoes to fill.

Thankfully, The Bourne Stuntacular not only lives up to its predecessor’s storied legacy, but it expands on T2:3D’s innovations with cutting-edge technology, creating a mind-blowing melding of physical and virtual realities that earns an instant spot on Universal’s “must-see” list.

The Bourne Stuntacular is housed within the facade of an art deco office building that would be fairly anonymous, if not for the bright blue banners advertising the attraction inside. Upon entering the queue, fans of the Terminator show will see that the old Cyberdyne facility has received a face-lift, with the polished concrete and stainless steel supplemented by static displays documenting Jason Bourne’s cinematic career, including a couple of vehicles seen in his on-screen adventures.

If you’re having trouble recalling the Bourne franchise’s byzantine plot— which spans a trilogy launched with 2002’s hit The Bourne Identity, plus a 2012 spin-off, 2016’s soft reboot, and a short-lived television prequel—don’t worry. After walking through a “security scanner,” viewers are welcomed into a standing-room-only preshow, where Julia Stiles’s plucky undercover operative Nicky Parsons (presumably murdered in the most recent movie, but looking hale and hearty here) provides a 6-minute briefing on Bourne’s backstory.

Basically, he’s a brainwashed assassin with a heart of gold, who is always exposing corrupt Homeland Security conspiracies, and getting beat down or blown up for his troubles. All you really need to know is that the hero is the guy in the hoodie, and anyone who gets between him and goal is going to wish they’d stayed home. (Matt Damon appears on the ultra-wide screen here in clips from the films, but the main show features voice and body doubles.)

You can see the complete Bourne Stuntacular queue and preshow in our video. Note that filming was not permitted inside the main auditorium.

This time around, Bourne’s objective is Project Rubicon, a top-secret list held by shady CIA Secretary Collins, who intends to terminate the troublesome spy with extreme prejudice, and his lieutenant Director Dixon, who claims to want to capture Bourne without killing him. Audiences assume the role of “situation analysts,” tasked with observing Bourne’s activities via a unique “virtual surveillance observation room,” which looks suspiciously like a 700-seat theater.

As usual, all these MacGuffins don’t ultimately matter, as the convoluted yet paper-thin plot—packed with predictable double-crosses and spycraft gobbledygook about dispatching “assets”—is little more than a setup for a string of spectacular set-pieces. In only 19 minutes, Bourne’s action sprints from the rooftops of Tangiers, to the suburban streets of Washington, D.C., and finally climaxes in mid-air amid Dubai’s skyscrapers, with mercifully brief expository interludes from CIA headquarters bridging the locations. The stunts themselves range from bare-knuckle fisticuffs and gun battles using authentically ear-popping automatic weapons, to aerial acrobatics high above the ground, including a couple of heart-stopping 22-foot free-falls into pits that open in the stage.

These acts of athleticism—performed by talented stunt professionals from Action Horizons, which also staffs Hollywood’s wonderful WaterWorld show—would be impressive enough on their own, but it’s the merging of old-fashioned stunts with next-generation video technology that elevates The Bourne Stuntacular from mere entertainment into an immersive attraction unlike any other. Much as T2:3D did more than two decades earlier, Bourne seamlessly blends live actors with prerecorded images. But instead of relying on 3-D glasses, the new show utilizes a mammoth 3,640-square-foot LED screen so sharp and vivid that it defies the eye’s ability to determine where the digital world ends and reality begins. For example, unless you’re sitting in the front row, it’s almost impossible to tell that only a handful of the people in the opening scene’s cheering crowd are actually there onstage.

At 130 feet wide and 28 feet tall, this supersize screen does much more than serve as an uber-expensive Olan Mills backdrop for the actors; rather, it renders an ever-shifting cinematic perspective that precisely synchronizes with the robotic props and set-pieces that seamlessly glide across the stage. Together, they turn the entire theater into a roving movie camera, spiraling around a telescoping tower as Bourne climbs skyward to safety, or swooping alongside a high-speed chase while he clings to the roof of a full-size car. The effect isn’t always completely seamless—one leap from a balcony “into” the screen looks particularly video-gamey—but when it works (which is most of the time), you’ll find yourself bobbing and weaving in your seat. Add in bursts of flame, water, wind, and fog to further blur the line between realities, and you have an experience that sometimes feels more like a simulator ride than a stage show, even without any moving seats.

Based on what we’ve seen so far during the soft opening, The Bourne Stuntacular is a more-than-worthy heir to the Terminator’s estate, and it easily displaces Disney’s Indiana Jones Epic Stunt Spectacular as the top theme park stunt show in town. We rate it 4 ½ stars, and consider it “not to be missed.”

Keep in mind that The Bourne Stuntacular is currently in technical rehearsals and is not guaranteed to be open to guests until after the yet-unannounced grand opening. Not all elements of the show may be operating (on the day we saw it, there were no fire or fog effects) and the show could stop at any time.

If you are visiting Universal Studios Florida and want to try to experience a preview of the new show, ask an attendant at the attraction because showtimes are not currently posted in Universal’s app or park map. Due to social distancing measures, capacity in the theater is strictly limited, so arrive 15-30 minutes prior to the performance. Parties will stand in designated spots during the preshow, and every other row in the main theater will be left empty, with 3 empty seats between each party.

Finally, be aware that while The Bourne Stuntacular is free of blood and gore, there’s lots of brutal violence (including choke-holds), plus loud explosions and gunfire.

Seats up front provide the best view of the close-quarters combat for fight choreography connoisseurs, but we prefer sitting towards the back to better take in the screen. 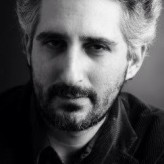 The Unofficial Guide to a Socially Distanced Universal Orlando: Introduction
How to Make the Strong Water Tavern Grog at Home